Behold, a dwarven commander whose troops carry the flag of the Emperor!  Read Rob Heinsoo’s notes on the commander at this post. 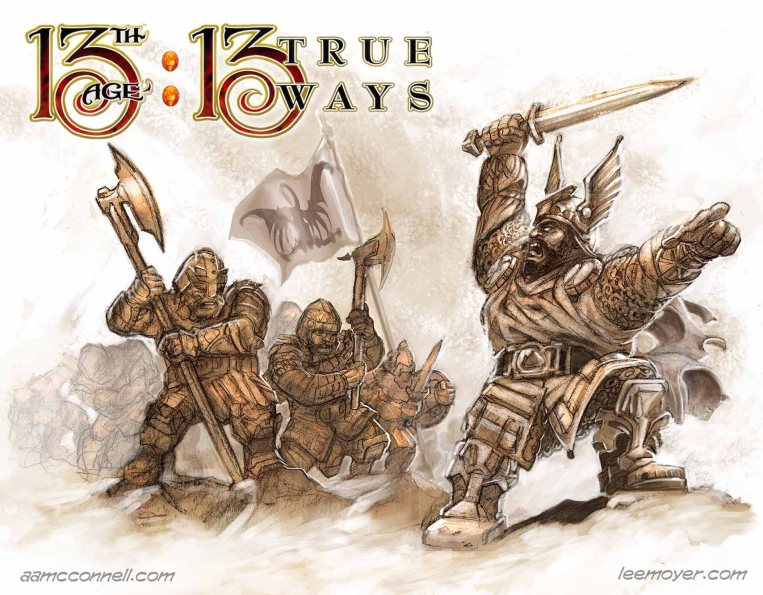 I’ll work backward on the process this time around, for some variety. Below is the original image that I sent Lee Moyer.  Lee added the Emperor’s flag to the final illustration, as you can see above, not to mention greater contrast and golden light illuminating the scene. (Could that light be reflecting from a guarded treasure trove, perhaps?  Or perchance they have encountered the fleeting essence of The Gold Wyrm?!)

And a preliminary sketchbook drawing of the Commander in repose:

The Emperor rules the world’s greatest human kingdom, known as the Dragon Empire for the mounts of its mightiest warriors. All the signs suggest that the age is turning, but will the Empire fall or shift to a new balance?  –From the 13th Age icon teaser description.

The final illustration of the Emperor digitally painted by Lee Moyer: 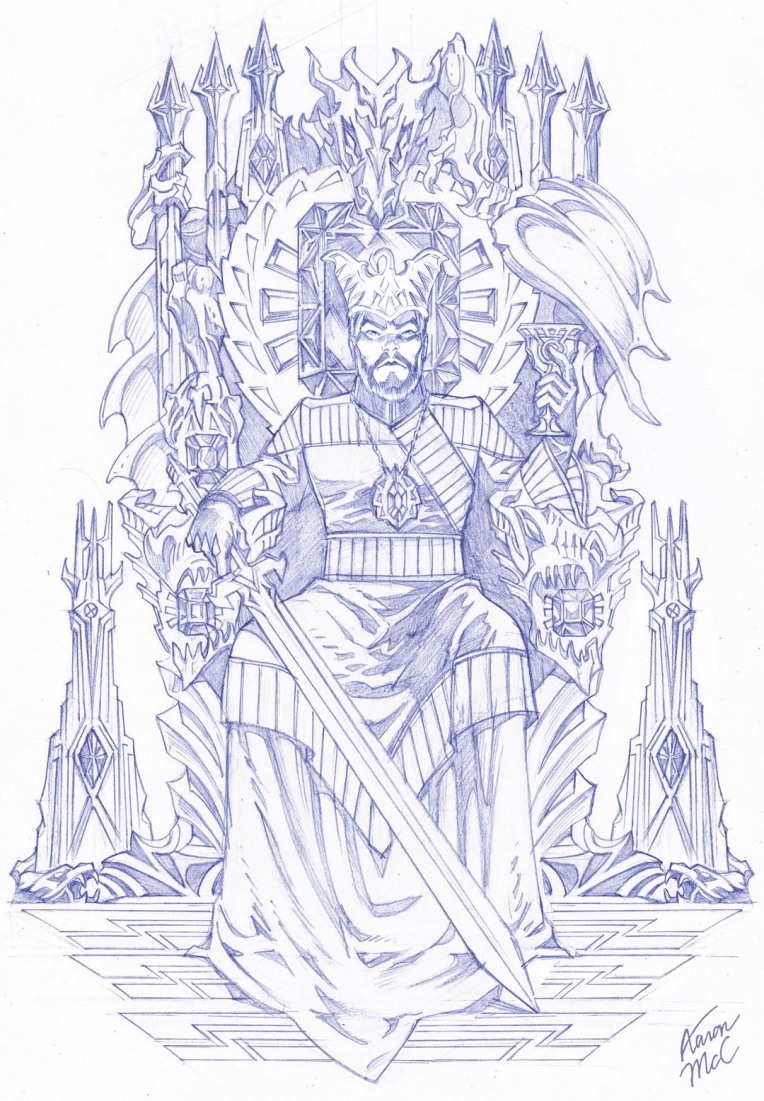 An earlier sketch that had the key ingredients, but didn’t have the necessary amount of refinement that the Emperor demands:

Earlier thumbnails included the Emperor with a tamed dragon.  Think Ernst Stavro Blofeld (of James Bond fame) and his cat.  That approach was too ripe for parody.  We’re not going for Dr. Evil here.  Whether the  Emperor is a corrupt ruler or not has yet to be determined.