I was working on one Civil War comic and now I’m working on two.  I may not be drawing much else for a while, so I’m going to blog some of my sketches for these projects.  Here’s the first.  This is one of our main characters (in a way) for the adaptation that Jonathan Hennessey and I are currently working on.  His script called for a panel of the character looking up toward the ceiling and the iconic Nina Simone photo sprung to mind.  I updated the hair and removed the bling to make her more modern, but hopefully the Simone spirit is still there. 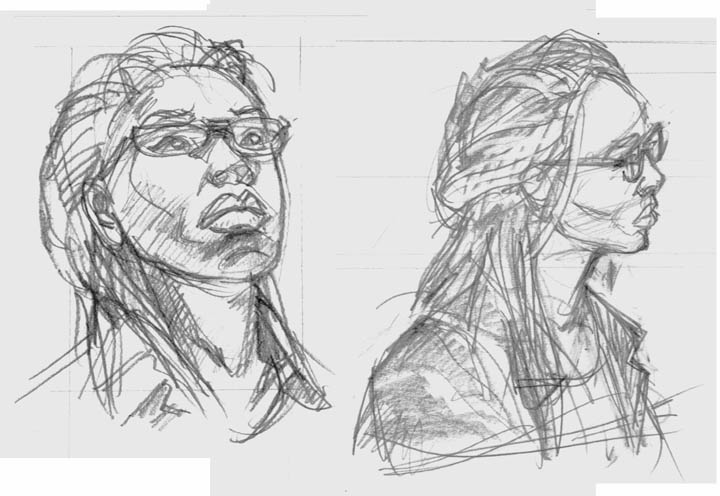 The next sketch is from the other Civil War project.  Here we have an antagonistic paymaster, and the following panel in sequence…the reaction shot.  There was an image reference for the paymaster (and that hair is not much of an exaggeration), but I added a little extra Daniel Day-Lewis as Bill the Butcher.  (I’ll line up with everybody else to watch DDL play a nasty, dangerous man, and I’ll sneak him in my comics whenever possible;)

And one more sketch to celebrate one Mr. Frederick Douglass, the original Man!  Forget that Old Spice knock-off.  Fred Douglass is where it’s at!

(Actually that’s his wife Helen Pitts and their niece Eva.)

2 thoughts on “Civil War for Breakfast, Lunch and Dinner”